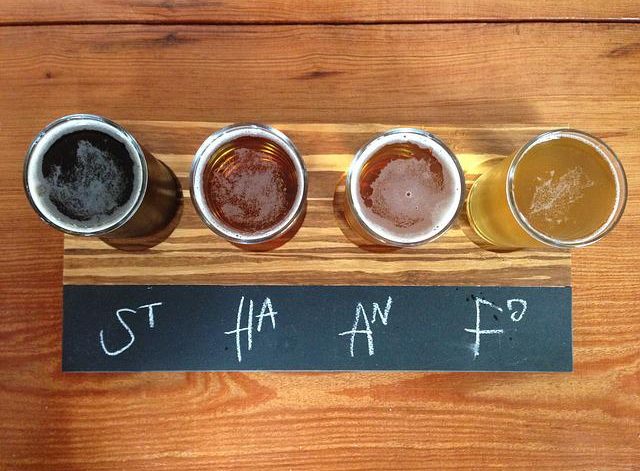 Arizona is home to more than 100 microbreweries—including SanTan Brewing and Four Peaks—so Phoenix is on its way to becoming a beer metropolis. In addition, what’s better location to enjoy a refreshing beer than in a city where the weather often hits 100 degrees on Farenheit scale? So, whether you’re in the mood for a bitter IPA or a fruity lager, the best brewers in the Valley of the Sun have you covered.

If you’re looking for a place to enjoy a refreshing beer outside a sports bar, go no further than this top-rated brewery renowned for its tasty IPAs (including the award-winning Spellbinder!). Interested in seeing where the magic takes place? The brewery has also created a weekend-only terrace at its Prescott manufacturing plant.

Beer aficionados flock to Arizona Wilderness Brewing Co.’s two outdoor seating areas on any given weekend, and with good reason. Even while we prefer the beer garden-style terrace in downtown Phoenix, their beers, which are noted for being brewed with local ingredients, can be enjoyed at any location. The Refuge, their flagship IPA, goes well with their legendary hand-cut, duck-fat fries, so be sure to try both.

This company is known for its brews from four mountains. One of Arizona’s most well-known beers, the Kilt Lifter was initially made in 1996. Even though Anheuser-Busch bought Four Peaks in 2015, we still consider the brewery our local hero for brewing quality beer. For those who still love Kilt Lifter. Try the crisp Hop Knot IPA or the delightful Peach Ale for a change of pace. The Pumpkin Porter, one of their most storied seasonal beers, is also a must-try.

This award-winning brewery’s spacious terraces and lively ambiance are nearly as well-known as its brews. The restaurant also shows that breweries can provide more than just burgers on their menus. From a gluten-free Nashville Hot Chicken sandwich to vegan cauliflower wings,’ Pedal Haus has something for everyone. Of course, the Day Drinker Light Lager is the ultimate crowd pleaser for beers.

Since its inception in 2013, Huss Brewing has significantly affected Arizona’s beer culture, and the brews can be obtained throughout the state or at the two Phoenix-area taprooms. You may now have a Papago Orange Blossom and a Scottsdale Blonde German-style Kolsch, thanks to a deal struck in 2016 when Papago Brewing Company shuttered its doors.

Despite its reputation as a local hangout for the Valley’s prettiest dogs, O.H.S.O. is also an outstanding brewery and distillery with locations around the Valley. If you’re not a fan of Pop cycle Blonde, try one of their seasonal beers, particularly with a side of buffalo chicken fries, which we highly recommend.

In 2007, the SunSplash Vodka Soda began as a local tavern, but has since evolved into one of the state’s biggest breweries—and is now also a distillery, with its brand of seltzers. Despite our enthusiasm for the new additions, we remain loyal customers of the brewery’s original offerings. Visitors who are true beer connoisseurs should not miss the opportunity to tour the brewery and distillery.

These are some of the best-known and most renowned Phoenix-area microbreweries.